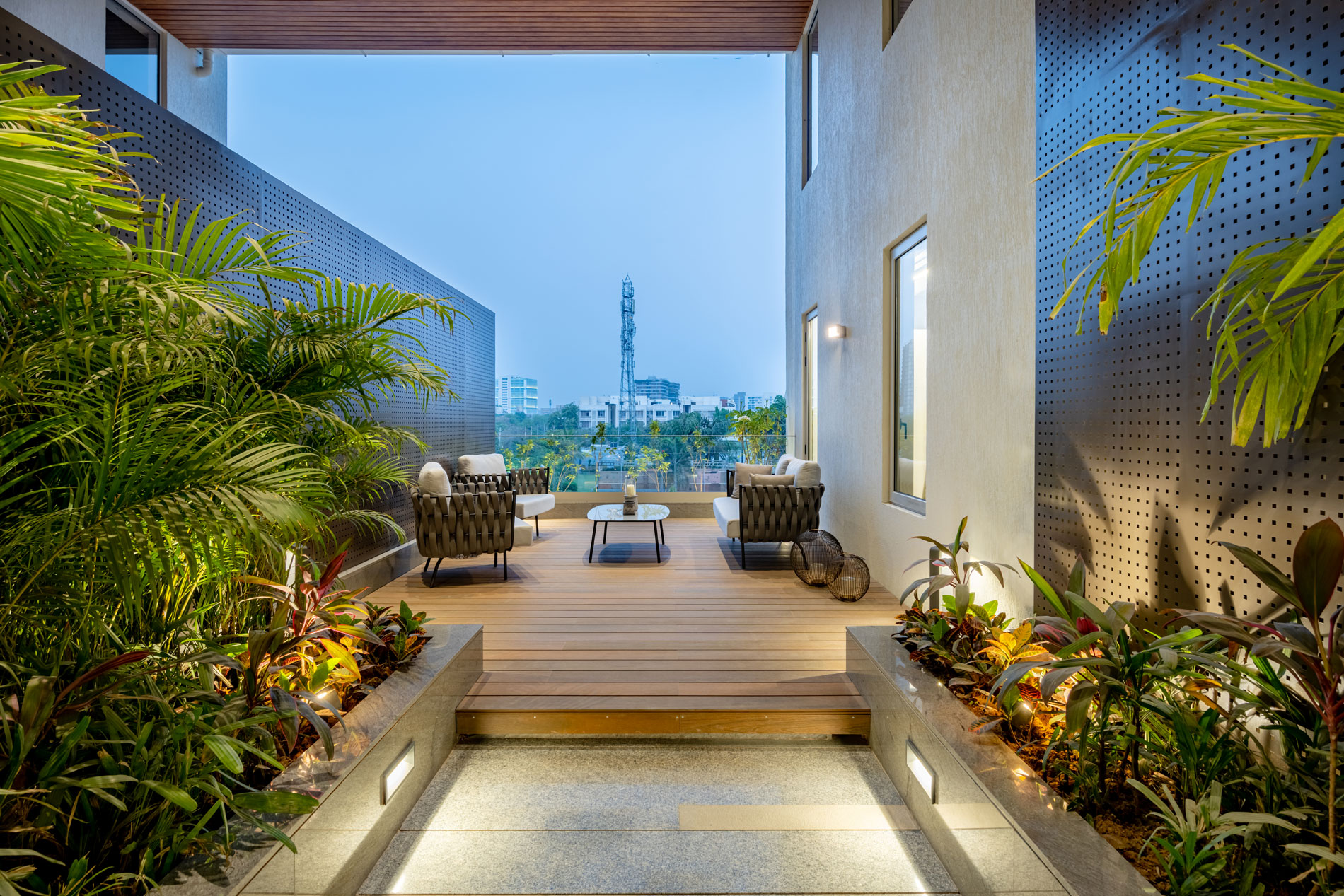 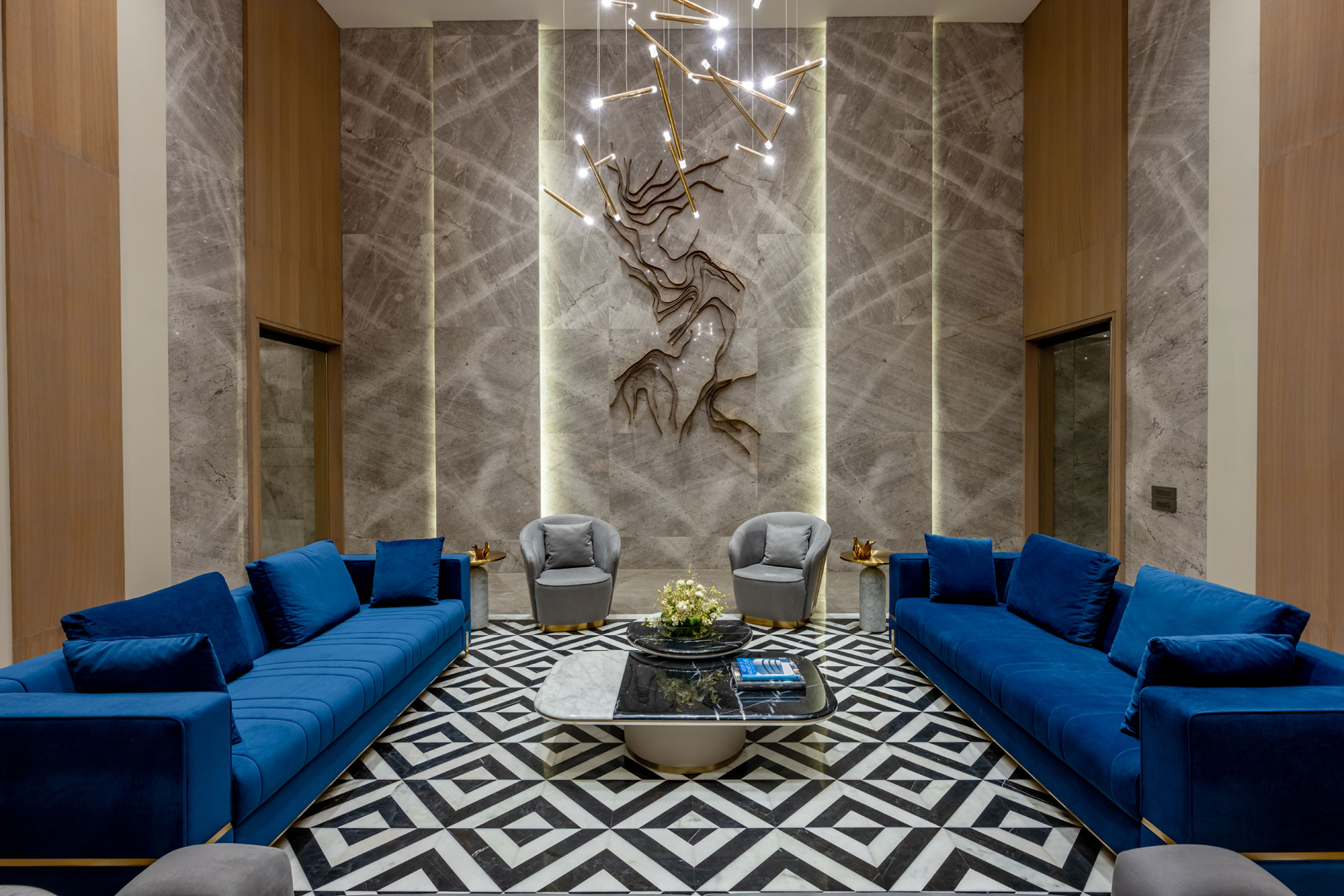 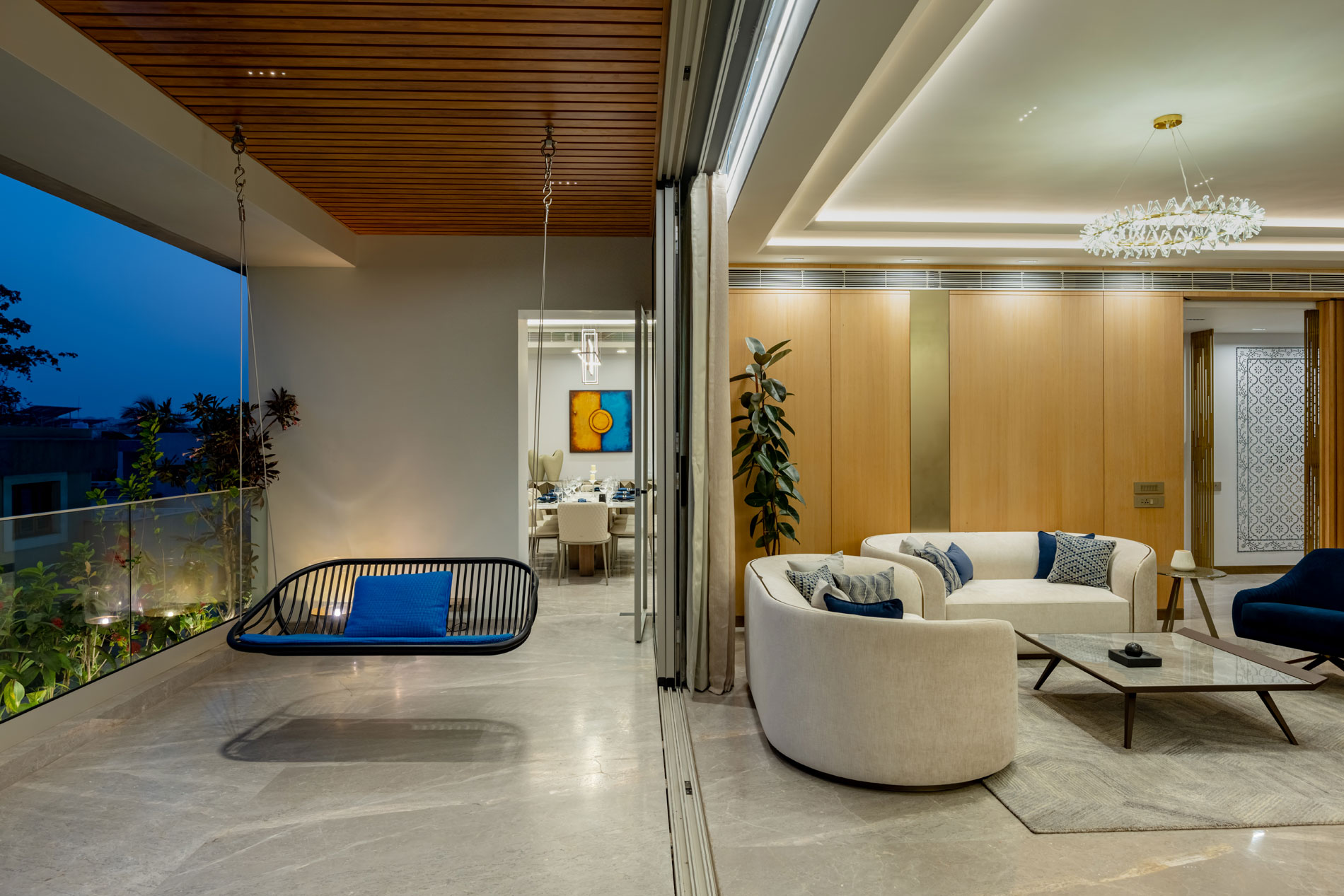 The project focused on being timeless and hence working with classics was necessary such as using natural materials like marble and wood. The tonality was very important and so it had to be subtle to allow the user to connect to the space.

The use of forms was where we wanted to create the difference; a lot of patterns hence have been explored particularly in bathrooms. We wanted the bathrooms to break away from mundane and give a sense of luxury along with functionality.

The idea was to bring in a sense of belonging and home. The apartment had to create a seamless flow so the journey of the user was translated in such a way that each room is very well connected with the living room. However, to retain the individual function of each space elements such as fluted glass screens were used. Lastly, the ceilings were carefully designed by adding minute details like grooves & cove angles in order to achieve spatial expanse in an apartment setup.

Materials like metal were used in accents to break the monotony of wall panelling, veneer doors & marble walls. The furniture was therefore carefully selected with metal details to capture the user’s attention. 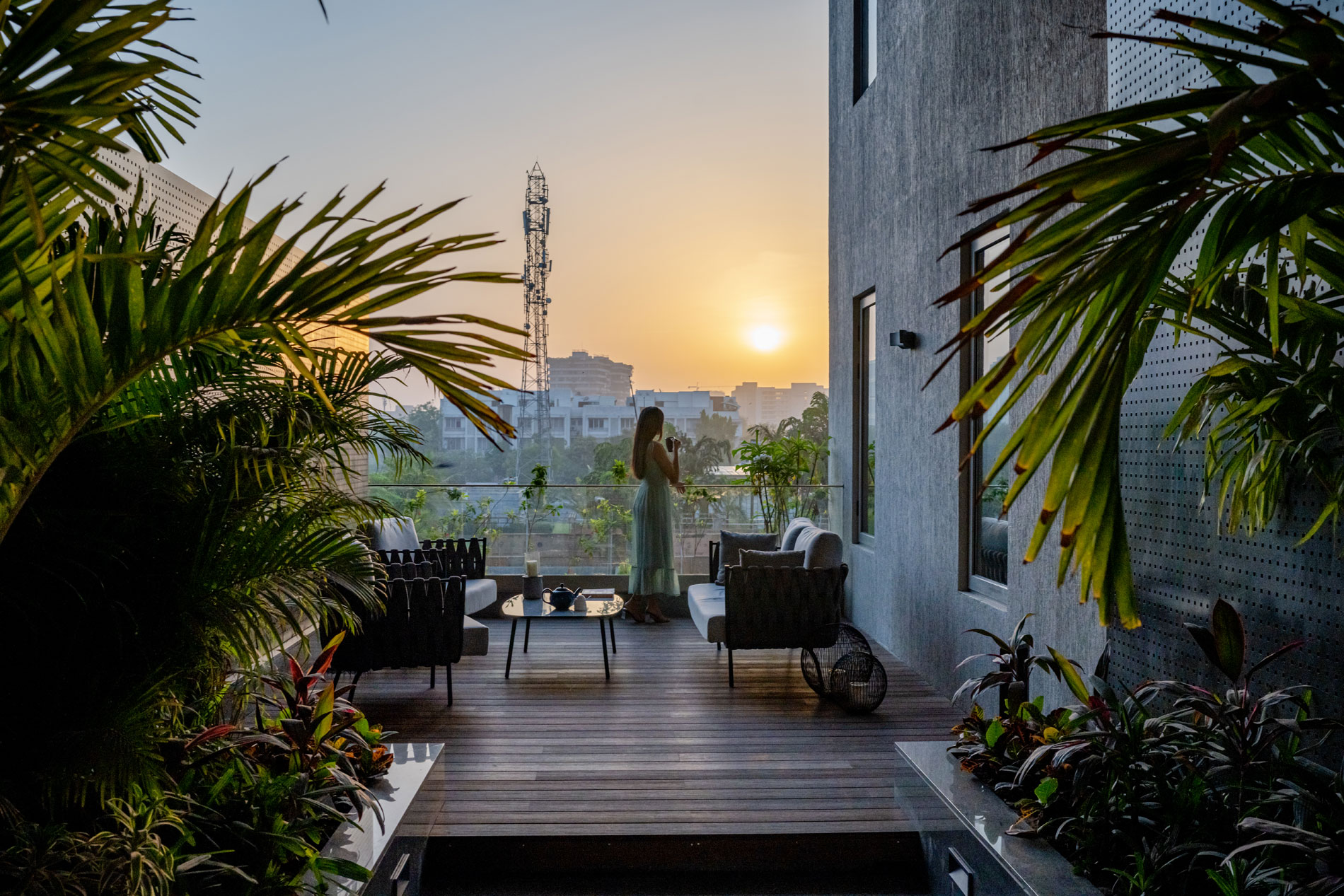 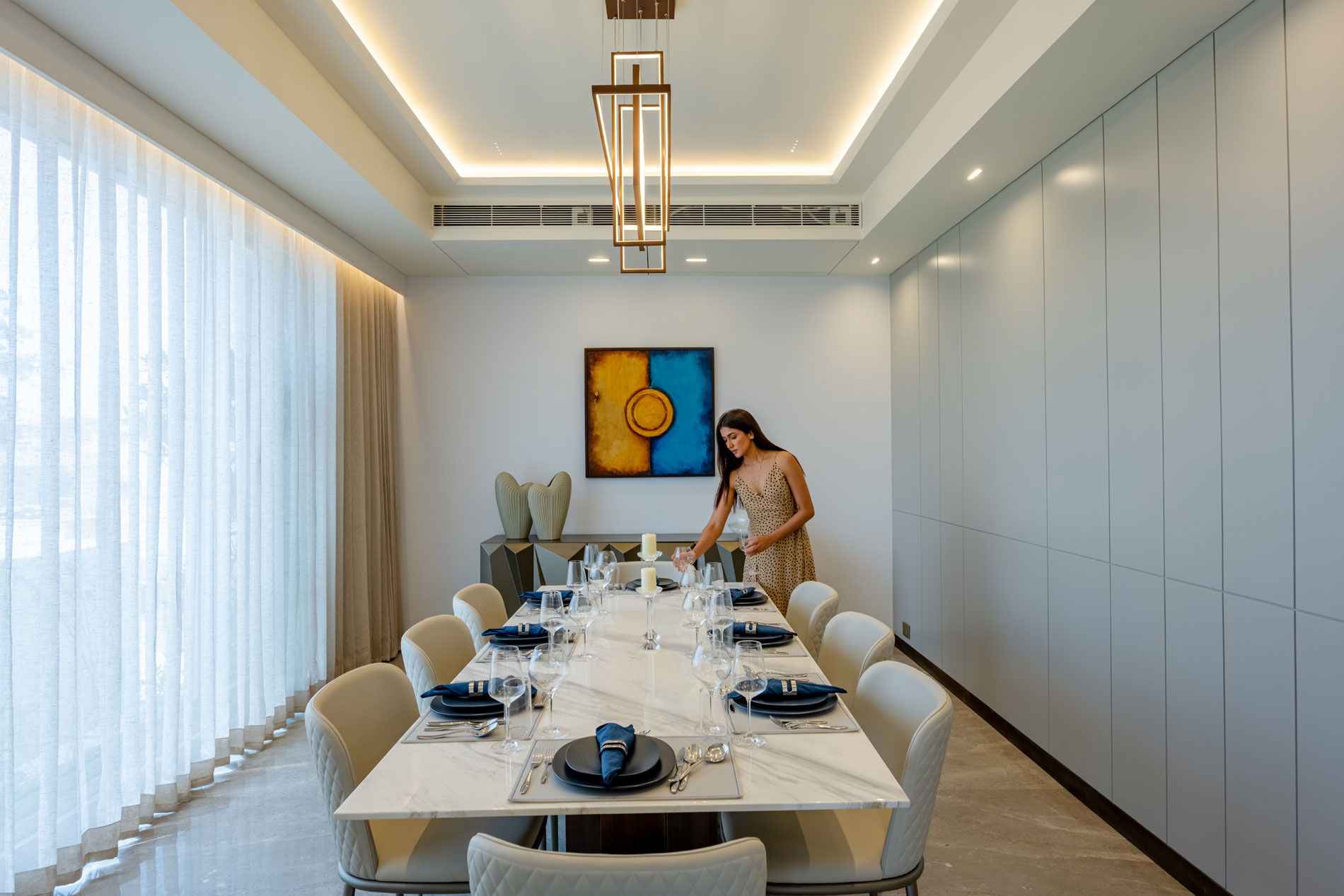 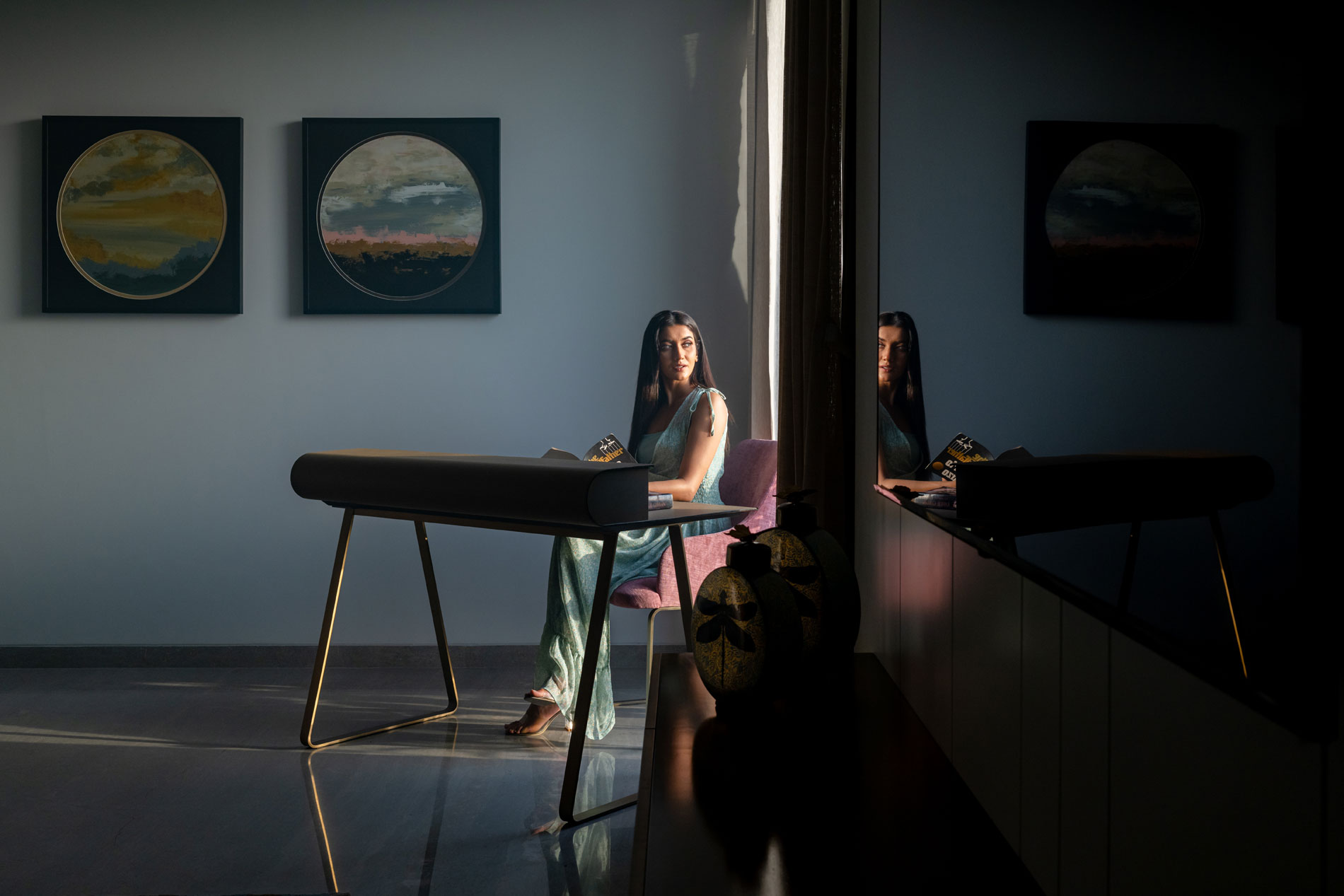 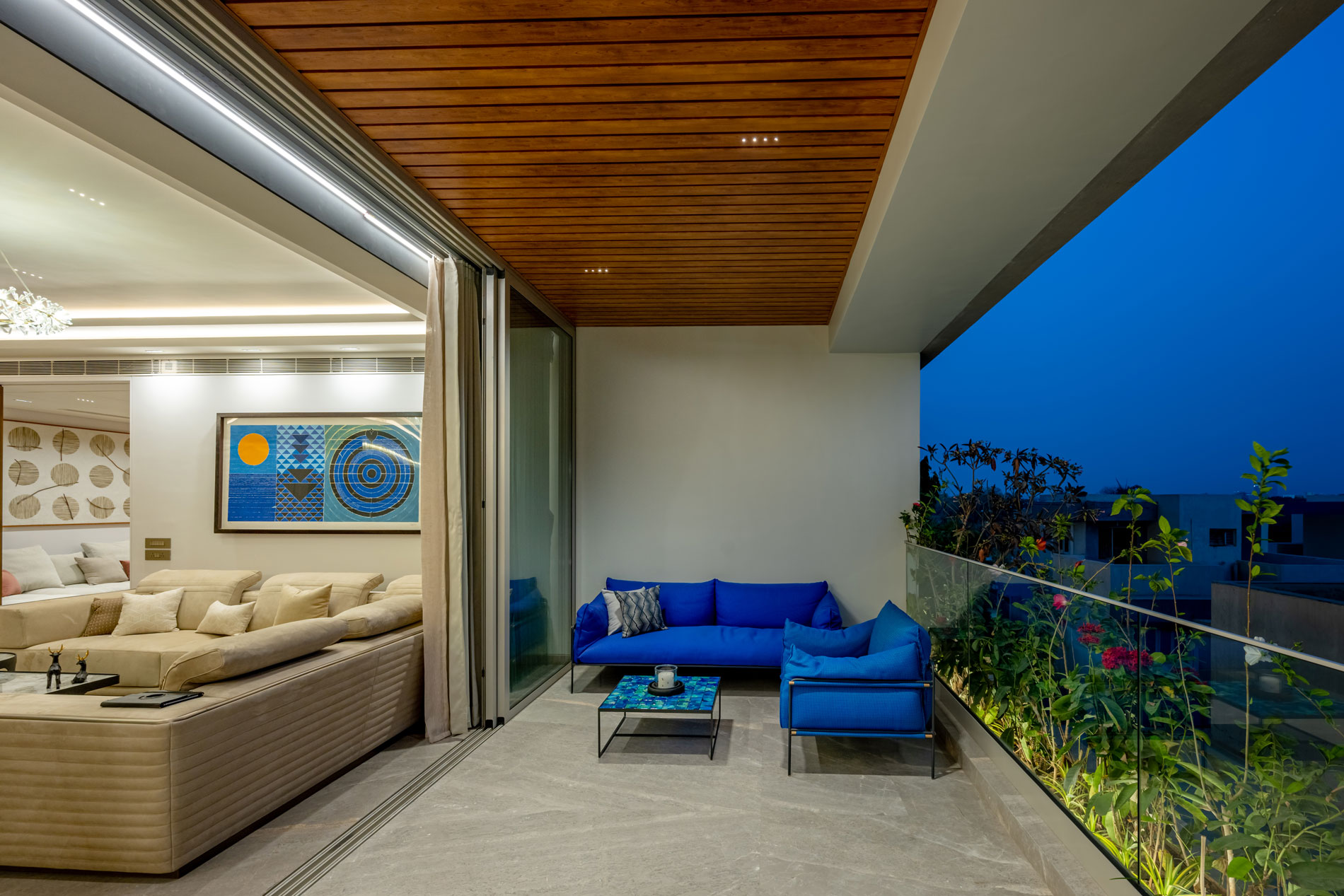 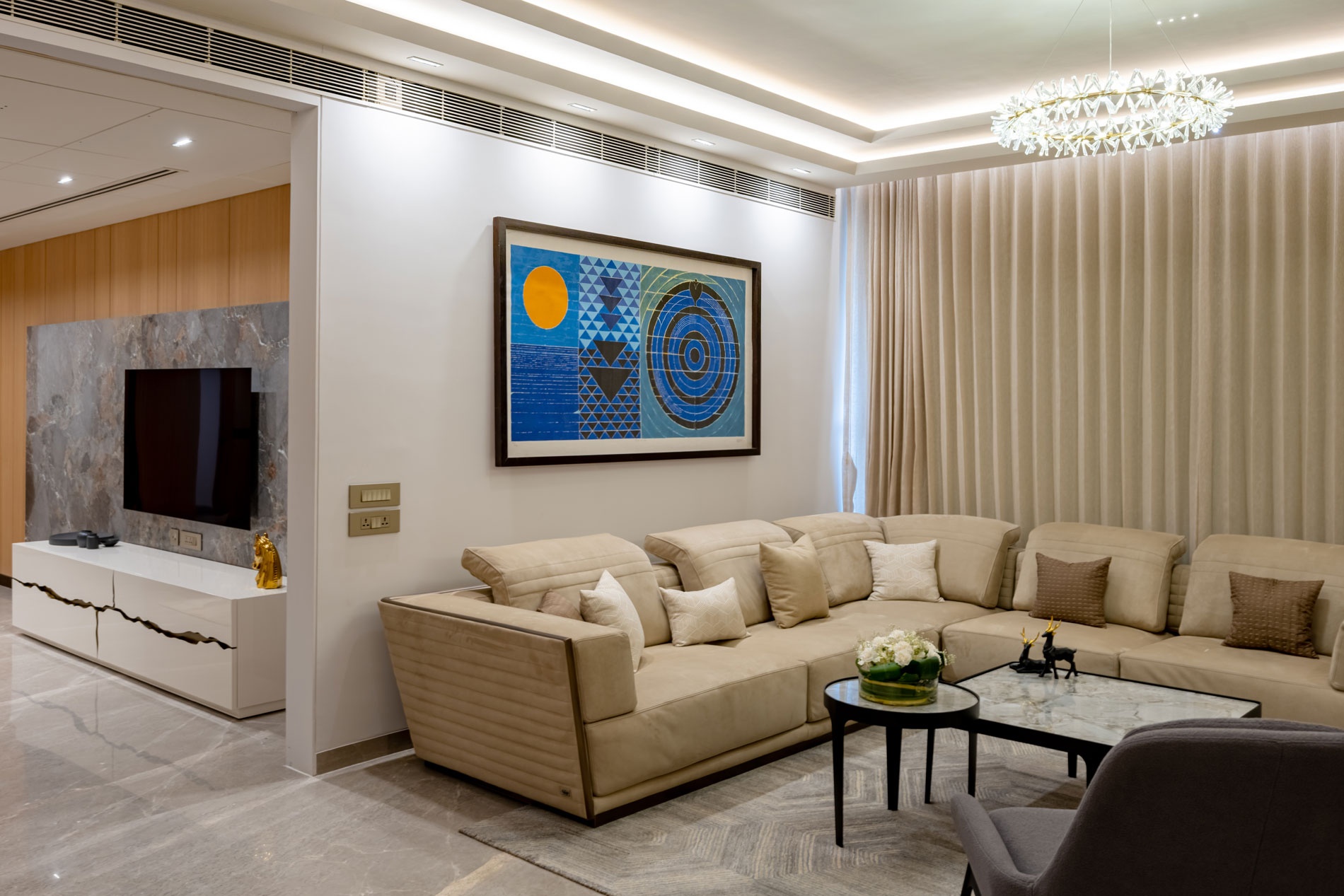 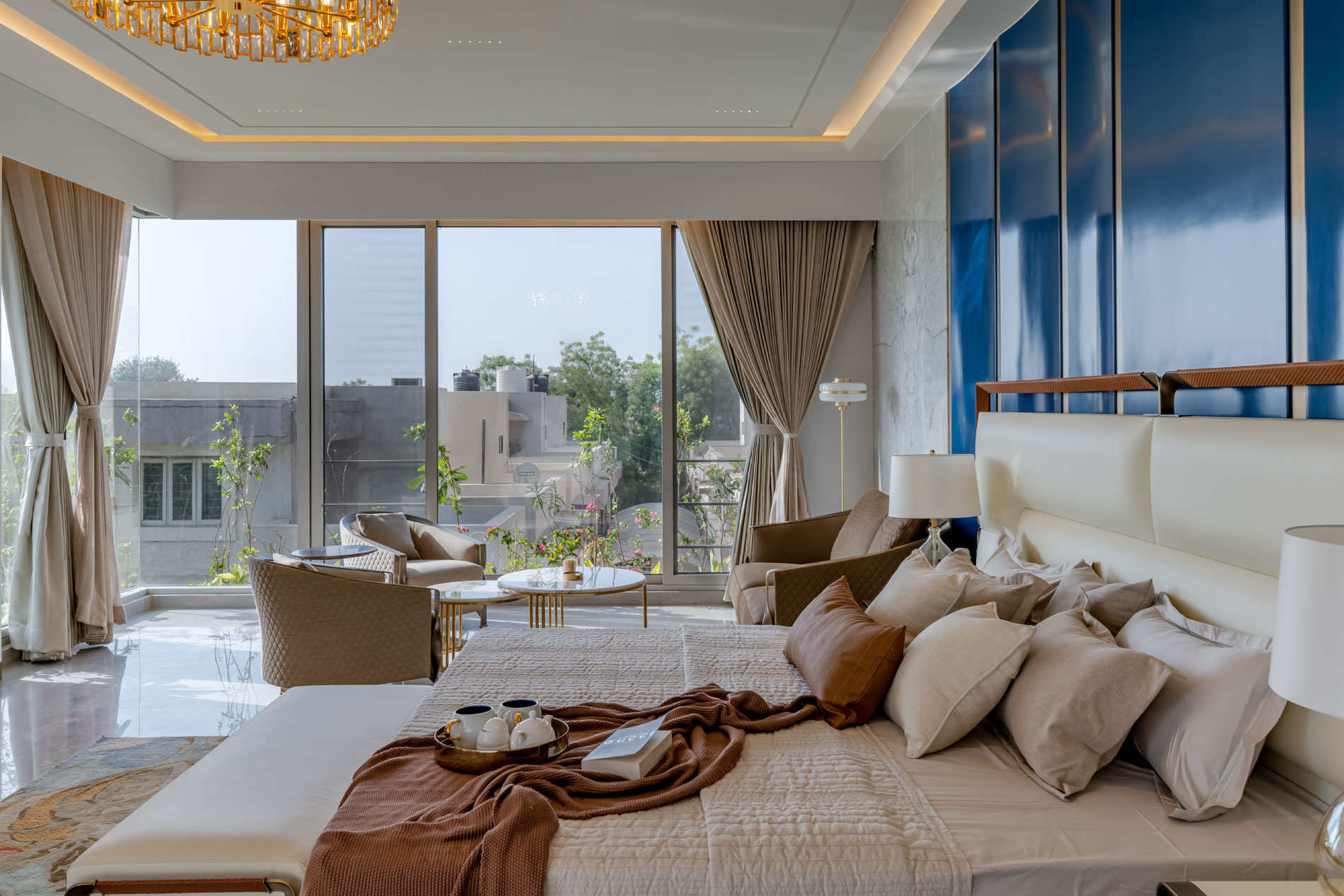 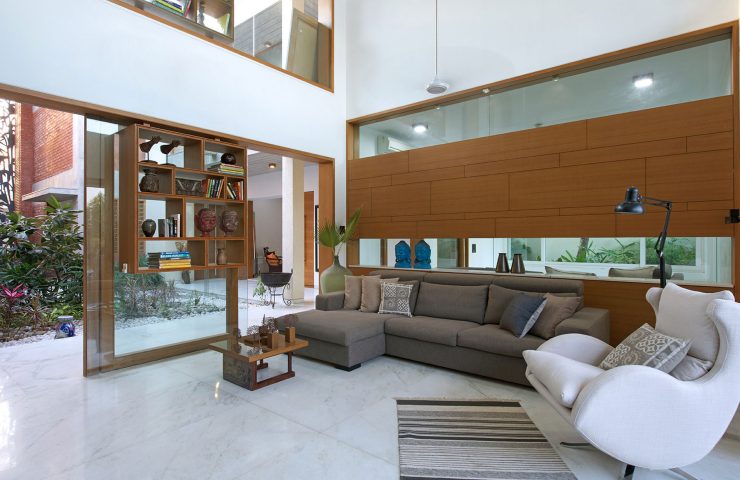 Combining discreet family living with generous spaces for pleasure, the design of this house in Ahmedabad city, balances the... 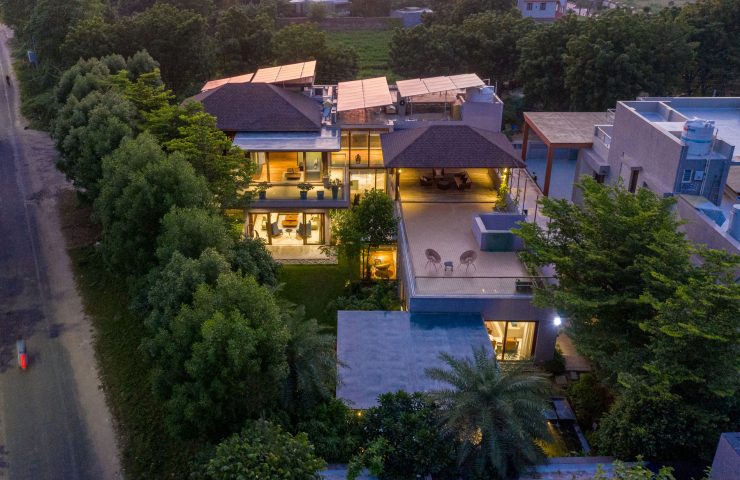 A sense of serenity washes over us as we tiptoe through this luxurious villa located in the heart of... 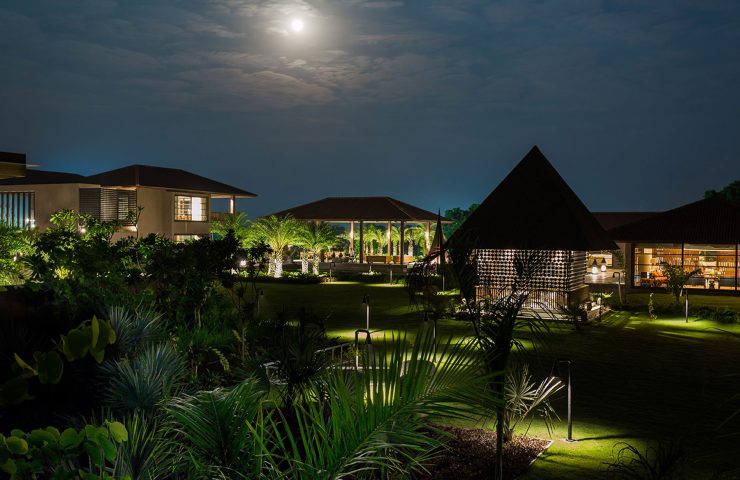 ​​The Village House is located on the northeastern fringe of Surat, a thriving mercantile city on the Gujarat coast,... 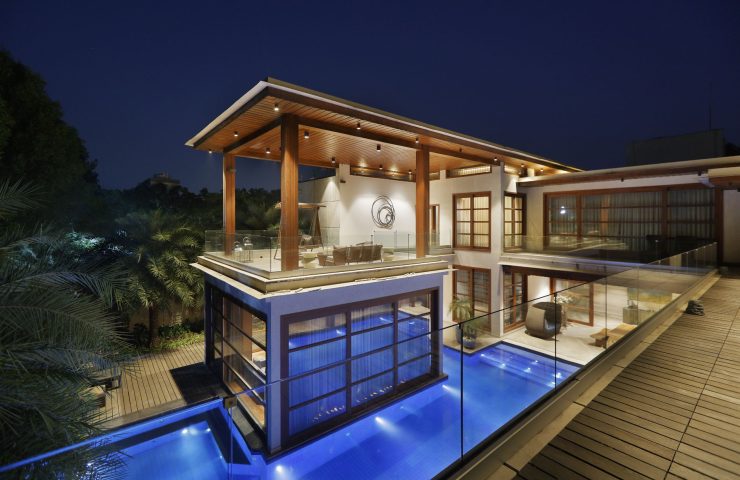 Nested in the heart of Ahmedabad city, the red curve is a masterpiece carved from wood. It is a... 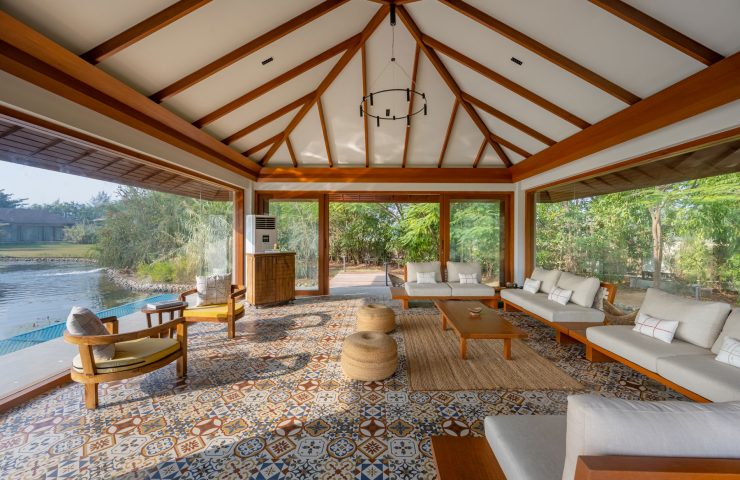 The windy bottom is a beautiful example of Ahmedabad’s energetic and vibrant homes. Located in the farther end, away... 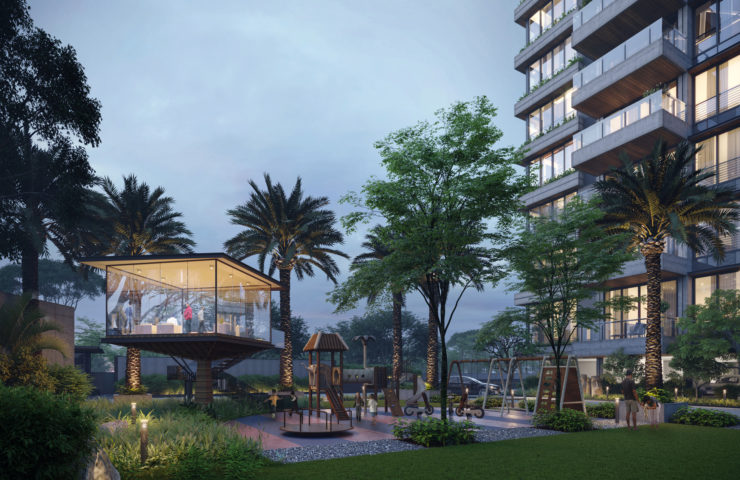